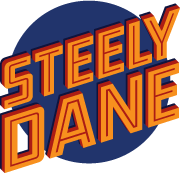 Mention the band Steely Dan to someone, and the reaction is almost visceral. They either love it or hate it.

Obviously, lots of Madisonians love the literate, sly rock band behind the hits “Do It Again,” “Peg,” “Rikki Don’t Lose That Number,” enough that the band is playing a sold-out show Overture Hall this Saturday night. Some media wags balked at the $200 price tag for the best seats at the show – but those were the seats that went first.

And then there are haters, for whom Steely Dan embodies everything about cheesy ‘70s jazz-pop that they can’t stand.

“There are a lot of friends of mine in Madison who are familiar with the material, but can’t always articulate why they don’t like the music,” said Stoler. My response would always be, if you come and see us do that stuff, or if you have the opportunity to hear that actual band live, I made them a guarantee that they would have a sort of change of mindset. There is a huge difference when you hear that music live. It becomes a physical kind of reaction.”

Stoler’s co-bandleader in Steely Dane is more succinct about the naysayers.

Together, Adler and Stoler started Steely Dane, a local supergroup of some 18 to 20 musicians who play the music of Steely Dan as faithfully as possible. For those who couldn’t score tickets to see the real thing, Steely Dane has proven to be a pretty close – and popular – facsimile, selling out shows at the High Noon Saloon and now playing larger venues like the Barrymore Theater, Summerfest and Atwoodfest.

“The feeling you get playing that music, once you played enough to relax into it and just love it, and not have to sweat every second of it, but just to live it, is a really cool thing,” Adler said. “It packs a wallop. It’s a hefty sonic experience. To pull it off is really kind of a triumph in and of itself.”

Collaborating on the jazz-rock sounds of Steely Dan makes sense for Adler and Stoler. Adler is a member of the Gomers, who can seemingly play every rock song known to man at the drop of a hat. Stoler is a top-tier Madison jazz pianist who has played with the New Breed Quintet and the Tony Castaneda Latin Jazz Quintet.

“He hung out in more of a jazz-er set, and I hung out with more of a rock-er crew,” Adler said. “Everybody knew each other, and everybody was friendly, but it was a really neat opportunity for that group of musicians to get together and both relate to the music, from a rock sensibility and a jazz sensibility.”

Stoler looked for published songbooks of the Steely Dan catalog, but couldn’t find any that were accurate. So he went back to the songs, and to YouTube, to transcribe the songs himself.

Then it came time for both to find musicians who could play the music.

“There are a lot of guitar players in Madison who are capable of doing it justice,” Stoler said. “But there are only a few players who can really sell it in a realistic way. The guitar players we have in the band are as close to the mark as we could realistically expect to find.

Adler said figuring out the vocal parts of the songs was a similar challenge.

“We have painstakingly gone through these backup vocals and parts, which are very intricate and very complicated and almost, if you hear them out of context, atonal,” he said. “But when you put them within the sophisticated voicing of Steely Dan, they make sense. So it’s been a real joy to work with these singers and find out what these notes are.”

After a lot of preparation and rehearsals to get the songs right, Steely Dane started playing shows at the High Noon Saloon in 2011. By the third show, they were selling out the venue, and moving up to venues like the Barrymore. This summer, they began playing outdoor shows at Summerfest and Atwoodfest.

“ I was really quite shocked, actually,” Adler said. “I knew I dug it and my muzoid friends dug it, but the wider popularity, it just seems to strike a chord with people somehow. It’s a real pleasure to see a huge, diverse crowd showing up to our shows. “

Next up, Steely Dane has a Nov. 20 show scheduled for the High Noon Saloon and a Valentine’s Day 2015 engagement at the Barrymore Theatre. With a couple of years of shows under their belt, the band feels ready to step up the game.

“It’s a feeling of gratitude and joy to be playing this incredible music with this incredible group of people,” Adler said. “It’s been a fun ride that I really had no clue or expectations whether it was have legs at all. We just love Steely Dan.”